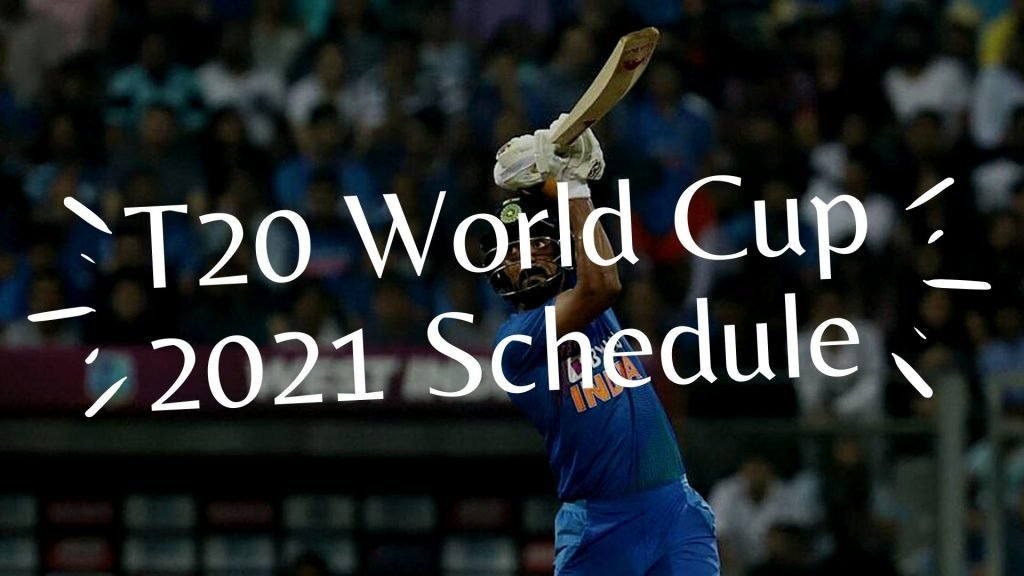 Wow! India and Pakistan, the eternal cricket rivals, belong to the same group!

At last, the countdown for ICC Men’s T20 World Cup 2021 has started. It gave rise to cricket fever among fans around the world.

Initially, Australia was scheduled to hold the T20 World Cup Tournament from October 18 to November 15, last year. It was postponed due to the COVID-19 pandemic, and in July 2020, ICC confirmed postponement to 2021. Again in August 2020, the International Cricket Council reaffirmed that India would be hosting the tournament.

It is the seventh edition of the tournament and will be hosted by BCCI in the United Arab Emirates and Oman from 17 October to 14 November 2021. The West Indies will go into the tournament as the defending champions as they have won the 2016 T20 world cup.

It comprises 16 teams, and there will be 45 matches in the tournament. The top 8 teams will have direct entry to the super 12s. Sri Lanka, Bangladesh, and the other 6 teams have to pass through qualifying rounds to go to the Super 12 group.

Grouping arrangement has great surprises for the cricket lovers of the subcontinent. India will take on their arch-rival Pakistan in Dubai on October 24, 2021. After a long, long time, cricket fans all over the world will watch a great cricketing battle between India and Pakistan. The ashes rival England and Australia will battle for their cricketing supremacy at the same venue on 30th October 2021.

The groups were selected based on the ranking of the teams as of 20 March 2021. West Indies, defending champions is placed with England, Australia, and South Africa in Group 1, and two qualifying teams from round 1 will join the group.

Group 2 comprises Afghanistan, India, New Zealand, and Pakistan, and two qualifiers from round 1.

There will be 8 teams in the first round. Group A includes Ireland, Namibia, Netherlands, and Sri Lanka. Group B includes Bangladesh, Oman, Papua New Guinea, and Scotland.

The first and second teams from each group will play in the semi-finals.

The seventh ICC T20 World Cup 2021 tournament commences with the Round 1 match between Oman and Papua New Guinea at Muscat, on October 17, 2021.

The Super 12 group plays start with a match between Australia and South Africa at Abu Dhabi on 23rd October 2021. The twice winners of this tournament, West Indies will also take on England on the opening day of the super 12 group matches.

Round1 matches will be held from 17 October to 22nd October at Muscat, Abu Dhabi, Oman, Sharjah. Eveready, there will be two matches and there will be 12 matches altogether.

Super 12 matches will be held from 23rd October to 8th November in Abu Dhabi, Sharjah, and Dubai. There will be 30 matches and on most of the days, there will be two matches.

The final match of the tournament will be played on 14th November 2021 in Dubai.

India will play 5 matches in their Super 12 group encounter as below: