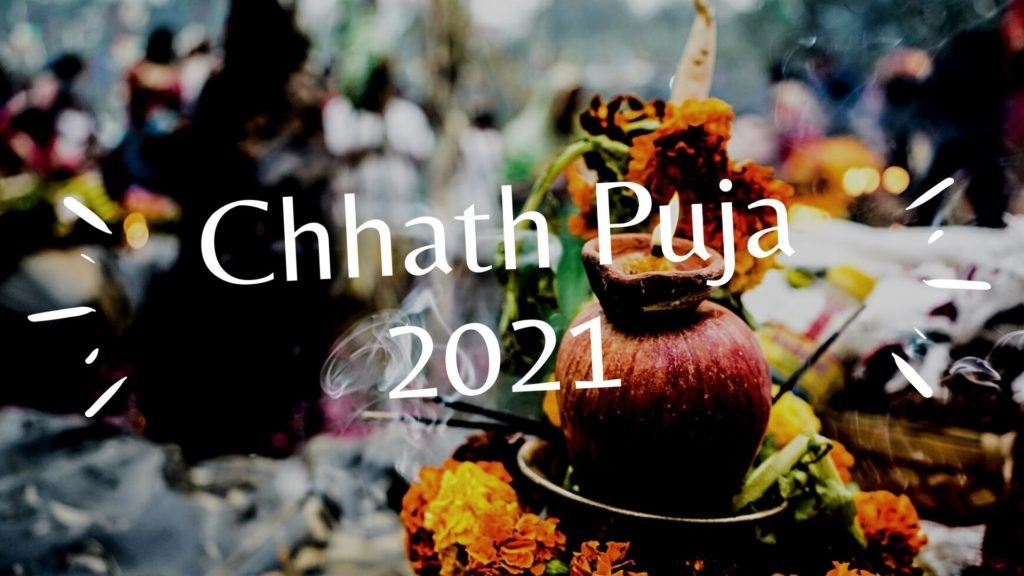 Chhath Puja is a festival dedicated to Surya Bhagwan (Sun God) and Chhathi Maiya. It is a four-day Hindu festival, with different importance of all four days. The devotees worship Lord Surya and observe fast during Chhath puja for the well-being, development and prosperity of their family members.

Chhath Puja is celebrated after six days (Chhath means six) of Diwali. It falls on the sixth day of the month of Kartik Month. In 2021, Chhath Puja begins on November 08 with Nahay Khay and concludes on November 11 with Usha Arghya. It is the day when people break their 36-hour long ‘nirajal’ fast (fasting without water).

The people celebrating Chhath Puja, start their preparation from the day after the festival of Diwali. They eat food without onion, garlic from the next day of Diwali, prepare meals with utmost hygiene and eat only after taking a bath.

The first day of Chhath Puja is known as Nahay Khay. On this days the people observing fast (vratis) take bath in the morning, wear clean clothes and prepare a prasad for Lord Surya. The most popular prasad among devotees is Chana daal and Kaddoo Bhaat.

This is the actual day when vratis start their fast. First, a prasad consisting of kheer made with gud (jaggery) and arwa chawal is prepared. The vratis eat this prasad and start their nirajal fast. This fast lasts for 36 hours i.e. these remaining three days.

On the third day of Chhath Puja, the vratis and their family give arghya to Surya Devta in the evening i.e during sunset. The arghya is given in a water body. On this day, thekua made with jaggery, ghee and flour is prepared by the vratis as prasad for the puja. The fast continues for the entire night till the sunrise of the next day.

On the fourth and last day of Chhath Puja, which is known as Paran Day, the vratis offer arghya to the sun during sunrise in the morning. This is known as Usha Arghya or Dusri Argya. While offering the dusri arghya, the vratis stand with their feet dipped in a water body, and conclude their fast and distribute prasad.

Mention of Chhath Puja in Vedas

Chatt Puja is dedicated to Lord Sun & his two wives-Usha & Sandhya to thank them for bestowing the bounties of life on earth and to request the granting of certain wishes. Chhathi Maiya is known as Usha in the Vedas. Usha is the younger wife of Lord Surya.

In Rigveda, there is mention of similar rites observed by Draupadi. As mentioned in Rigveda, Draupadi and Pandavas performed the Chhath ritual on the advice of noble sage Dhaumya. This helped them solve their problems and regain their lost kingdom

It is said that Lord Rama and Devi Sita had kept fast and offered puja to the Lord Sun in the month of Kartika after returning to the Ayodhya after 14 years of exile.